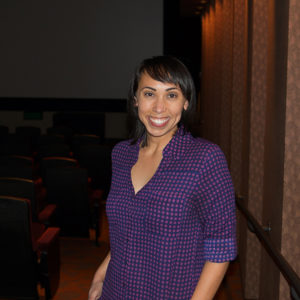 Becky D’Anna has been a movie junkie her entire life. At the age of six, she could be spotted waiting in line with her family at the Mann National in Westwood to see Twilight Zone: The Movie on opening night. Her parents also had a passion for film; often taking her to the cineplex up to four times on any given weekend to see the latest releases in her formative years. In college, she developed the career ambition to market movies at a major motion picture studio. At 23, she landed her first gig at Twentieth Century Fox, launching her movie marketing career. Over the next twenty years, she fueled her passion for cinema by working on event film marketing campaigns from X-Men at Fox to the Spider-Man franchise at Sony Pictures, and continued to view and analyze classic and contemporary film, both large and small, from all over the world. In her spare time, she loves sharing her film knowledge by writing and podcasting about her favorite movies, TV shows, and filmmakers. In addition, Becky is a guest instructor on film history and appreciation. She most recently taught a 6-hour lecture on the films of Ingmar Bergman at UC Riverside as part of their two week “Contemporary Approaches to Filmmaking” program.

Becky D’Anna is Based in Los Angeles